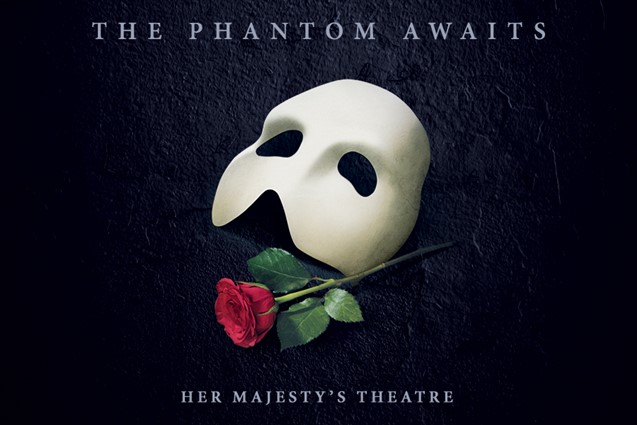 Phantom of the Opera - Matinee Performance

Phantom of the Opera - Matinee Performance

Matinee Performance of Phantom of the Opera at Her Majesty's Theatre

Phantom of the Opera - Her Majesty's Theatre - Matinee

Andrew Lloyd Webber and Cameron Mackintosh are delighted to announce the opening of THE PHANTOM OF THE OPERA at its home, Her Majesty’s Theatre, in London this summer.   The production will star double Olivier Award nominee, Killian Donnelly as The Phantom, Lucy St Louis as Christine Daaé and Rhys Whitfield as Raoul.   Far beneath the majesty and splendour of the Paris Opera House, hides the Phantom in a shadowy existence. Shamed by his physical appearance and feared by all, the love he holds for his beautiful protégée Christine Daaé is so strong that even her heart cannot resist. The musical opened at Her Majesty's Theatre on 9 October 1986 with Michael Crawford and Sarah Brightman in the leading roles, and there have been dozens of productions worldwide since then.   Andrew Lloyd Webber's mesmerising score along with jaw-dropping scenery and breathtaking special effects, magically combine to bring this tragic love story to life each night.   Thursday 22 September 2022 Pick ups: Route C   £75 per person   Price Includes Top Price Theatre Ticket Return Coach Travel
CHECK AVAILABILITY AND BOOK